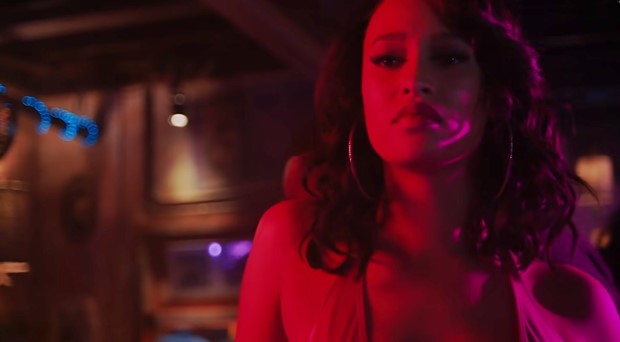 Popular American and blue grass singer songwriter Valerie June’s ‘If And‘ was one of the superb tracks played on the latest episode of the new Starz drama series P-Valley last night — P-Valley, Season 1, Episode 7, “Last Call for Alcohol” (airing on August 30th, 2020).

The funky and very cool song was heard as Lil’ Murda and Uncle Clifford are having a rendezvous out in the woods.


‘If And‘ is from Valerie June’s fourth studio album The Order of Time.

Released in March, 2017, the album not only charted on six different charts in the United States, it made it to the #5 spot on the U.S. Folk Albums chart and #6 on Billboard’s Top Tastemaker Albums chart.

The Order of Time was also well-received by critics, being ranked on various ‘Best of‘ lists that year, including those from critics at Rolling Stone, The Village Voice and The New York Times. 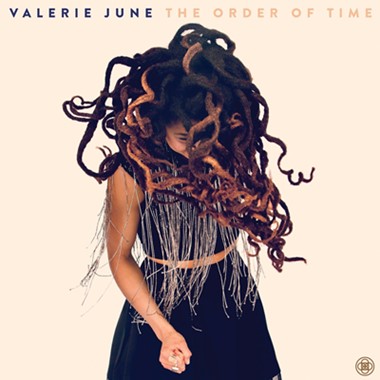 And, while Valerie June’s ‘And If’ is a strong track in its own right, it really is June’s twang and her unique mix of blues, folk and bluegrass that give this song such a distinctive and memorable feel.

The track is not the first piece of music June has had licensed for a popular TV show either, as she has had songs featured on hit shows like Queen Sugar, Transparent, Grace and Frankie, Jersey Shore: Family Vacation, Suits, The Originals and Made in Chelsea, as well as a second song on an earlier episode of P-Valley.

Listen to Valerie June’s ‘And If’ as featured in this week’s P-Valley in the video below. You should also give a good listen to her album The Order of Time, featuring ‘And If‘, in the Spotify player below that as it is spectacular.

The first season of the exceptionally good P-Valley is currently airing on Starz and has already been renewed for a second season.

Watch the official trailer for the show below.