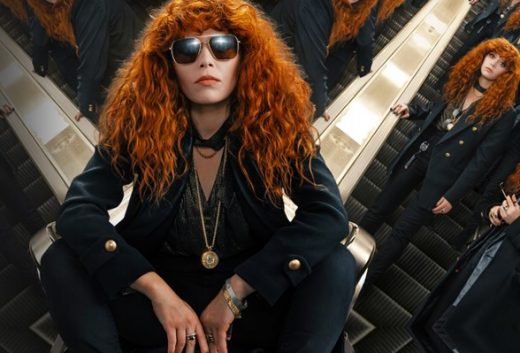 Van Halen’s ‘Runnin’ with the Devil‘ was one of the songs played on the soundtrack of the new season of the comedy drama Russian Doll this month — Russian Doll, Season 2, Episode 6, “Schrödinger’s Ruth“.

Russian Doll, of course, stars Natasha Lyonne, Greta Lee, Yul Vazquez and Elizabeth Ashley and, in the second season of the series, follows Nadia again as this time she ends up back in 1982 trapped inside her mother’s body.

As for Van Halen’s ‘Runnin’ with the Devil‘, that song is from the American rock band’s self-titled debut album, which came out way back in 1978.

The track was first thought to be promoting devil worship when, in reality, it is likely to be about the then-new band dealing with the music industry and so many of the problems within it.

Since its release, the song has appeared on a number of critics’ lists as one of the best rock songs of the 20th century, as well as becoming one of Van Halen’s most popular songs with fans.

‘Runnin’ with the Devil‘ came with an official music video featuring the band performing the song live.

Listen to Van Halen’s ‘Runnin’ with the Devil‘ from this season’s Russian Doll, in that video, and on the remastered version of the band’s debut album.

Both seasons of Russian Doll are now streaming on Crunchyroll.