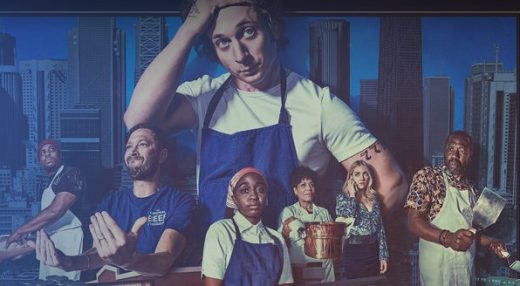 The track was heard playing as Richie is trying to caulk the hole in the kitchen.

The song is known for its many references to a wide variety of people and things, none of which seem to connect particularly well.

Morrisson said after its release that he composed the song after the lyrics came to him in a ‘stream of consciousness’.

Listen to Van Morrison’s ‘Saint Dominic’s Preview (Live)‘ from last night’s The Bear in his …It’s Too Late to Stop Now…Volume 1, and in the live performance of the song that he gave in Belfast way back in 1979.

And can I just add to this, I was a massive Van Morrison fan for decades before the Covid b.s. hit worldwide.

Nowadays, I am an even bigger one, as he was one of the few musicians with any balls to stand up to governments and their useless mask mandates, lockdowns and vaccine mandates.