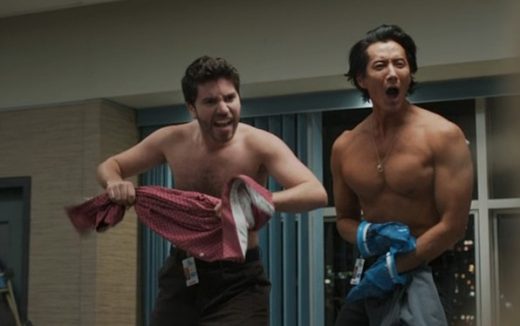 The song was played as Drs. Asher and Park have taken off their shirts and are dancing on the table together. Yep, it was that kind of strange episode.


Vanessa Carlton’s ‘A Thousand Miles‘ was released in early 2002 as the singer’s debut single.

The song was an enormous success for the then-young singer, charting in 19 countries, hitting #1 in the U.S. and Australia, and eventually becoming Carlton’s signature song.

It was also nominated for three Grammy Awards.

The ‘A Thousand Miles‘ music video features Carlton starting off playing the piano in her garage and then in various locations around the U.S., as she sings about walking as long as it takes to see the person she loves.

The song also currently has over 525 million plays on Spotify alone, and over 325 million views on the song’s YouTube video, with its piano refrain being a big reason why it was so successful.

To this day it is Carlton’s only Top 20 hit, which is surprising as she has a gorgeous voice and her songs tend to be catchy.

Listen to Vanessa Carlton’s ‘A Thousand Miles‘ from The Good Doctor and you will see why.