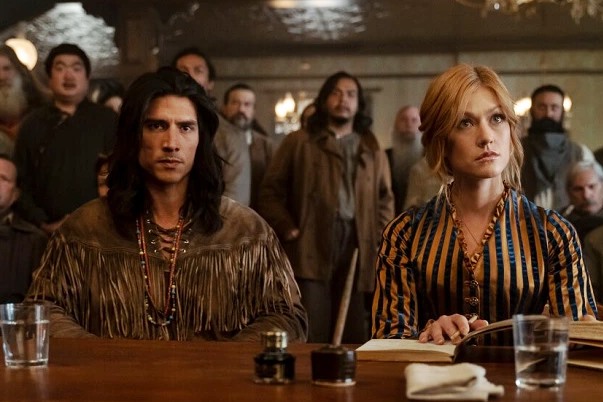 The song is the lead single from Villagers’ fourth studio album The Art of Pretending to Swim, which came out in late 2018 on the Domino record label.


The critically well-received album charted in nine countries, including on two charts in the United Kingdom — at #4 on the UK Independent Albums chart and at #28 on the UK Albums chart.

The Art of Pretending to Swim was also named as one of the Best Albums of 2018 by the British music group Rough Trade.

As for Villagers, it is an independent music project by Irish singer, songwriter and musician Conor O’Brien who uses various musicians to make up the band.

Along with O’Brien, current members of the band are Danny Snow, Brendan Jenkinson, Kevin Corcoran and Brendan Doherty.

When Villagers’ ‘A Trick of the Light‘ was released, not only did the song get a music video (watch below), Conor O’Brien also performed a lovely stripped down version of the song just accompanying himself on piano for a Mahogany Session.

Watch that performance down below as well.

Listen to more music from previous episodes of Walker: Independence on Leo Sigh.