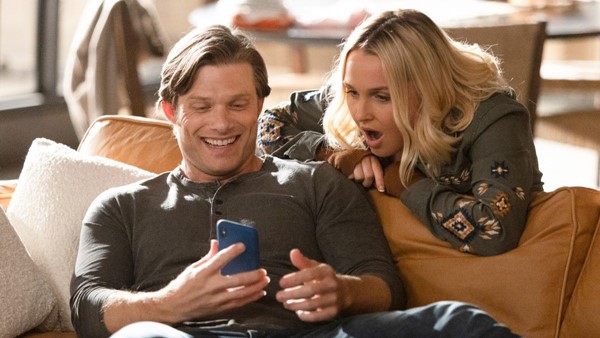 The song was heard on the episode as Amelia and the research team get good news.

Wilderado’s ‘Take Some Time‘ is from the band’s self-titled debut album, which was released in October this year via the California-based indie record label Bright Antenna Records.

The album followed on from several EPs Wilderado has released over the last five years, as well as several singles.

The band members themselves are originally from Tulsa, Oklahoma, but have relocated to L.A.

Wilderado’s music, like ‘Take Some Time‘, tends to be catchy, drum-based, with superb vocals and sounding more than a little nostalgic.

Something I really love.

Listen to Wilderado’s ‘Take Some Time‘ as heard on Grey’s Anatomy in the band’s live recording of the song, as well as on their superb debut studio album.

Their music has also been grabbing the attention of various music supervisors recently, with songs appearing on the soundtracks of shows like Lethal Weapon, A Million Little Things, and 9-1-1: Lone Star.

Learn more about Wilderado on the band’s official website.