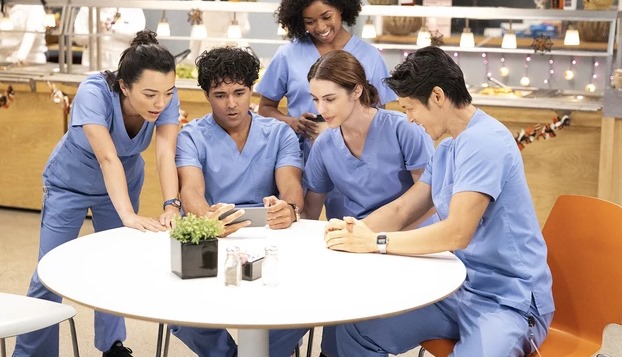 The track was heard during the montage scenes where the interns are working together to save their cadaver, Maggie confronts Simone, and Simone tells the truth about what what happened when she left her internship.


Wildes’ ‘(Run to the) Flames‘  is the London-based artist’s latest single, and was released just a few days ago. It is from her upcoming debut studio album Other Words Fail Me, which is due out on January 13th, 2023.

The song is a track that was written a few years ago, with Wildes saying she wrote about a time when she felt her music wasn’t going where she wanted it to go.

“I was really without direction. I had a strong connection with it emotionally: it was all about running into the flames when you’re in a really dark, sad place, and deciding that you’re going to change.”

Listen to Wildes’ ‘(Run to the) Flames‘ as heard on this week’s Grey’s Anatomy in the video, and on the Spotify player.

Popular with TV show music supervisors, it is one of many songs Wildes (aka Ella Walker) has had featured on hit TV series soundtracks, but this is her first feature on Grey’s Anatomy.