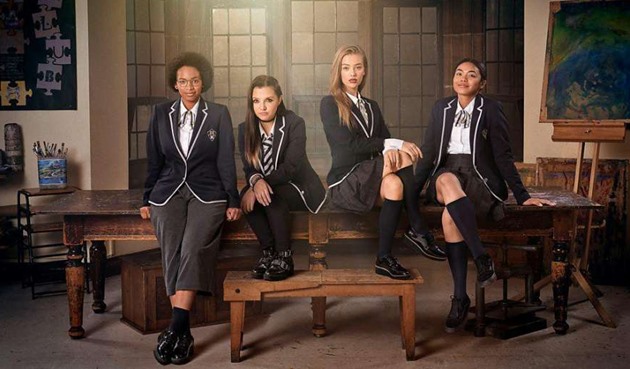 British alternative rock band Wolf Alice’s ‘Fluffy‘ was featured on the new episode of the Netflix teen thriller Get Even  — Get Even, Season 1, Episode 10, “Get Justice” — and it is fabulous.

The track was played as Logan is being chased through the school.

Released in 2013 on the Chess Club record label, the song was eventually re-released on the band’s debut studio album My Love is Cool, which itself was released two years later.

According to the director of the song’s music video, ‘Fluffy‘ is about things like boredom, an homage to a cat who was just neutered, as well as about how Wolf Alice the band came to be.

Wolf Alice themselves first started out in 2010 as an acoustic duo but soon added a bassist and a drummer. The band have been in that formation ever since.

Listen to Wolf Alice’s ‘Fluffy‘ in the track’s official music video below. You can hear their album My Love is Cool, which includes ‘Fluffy’ in the Spotify player below that.

The band also performed an amazing live Tiny Desk Concert at NPR back in 2016 of  a stripped down much quieter version of ‘Fluffy‘ as well as ‘Turn To Dust‘ and ‘Bros’, which you should check out below.

You can also currently watch all 10 episodes of the first season of Get Even on Netflix.