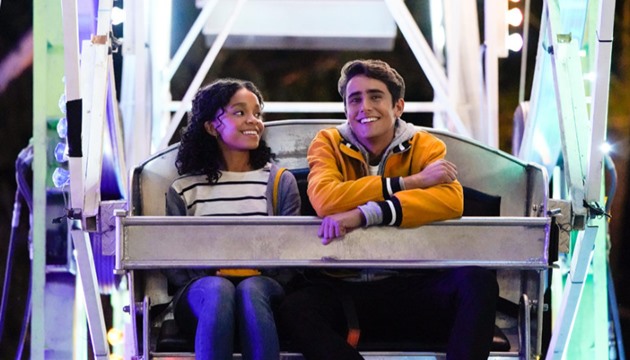 American singer songwriter Wrabel’s ‘We Could Be Beautiful‘ was one of the songs played on the first episode of the new Hulu drama series Love, Victor last night — Love, Victor, Season 1, Episode 1, “Welcome to Creekwood“.

The song was played at the end of the episode as Victor is riding the Ferris wheel and continues over the end credits.


Written by Wrabel, aka Stephen Wrabel, for his 2017 5-track EP of the same name, ‘We Could Be Beautiful‘ is a stand-out track with a definite Coldplay feel to it.

The song also comes with an official music video (see below).

In it, the Los-Angeles based singer is filmed walking around a dry, deserted landscape singing.

As for Love, Victor, it is a spin-off of the 2018 drama Love, Simon and is another very welcome LGBTQ supportive series.

Not only is Victor having problems at home but he  is also struggling with his sexuality. Love, Victor follows his struggles and the people he meets at his new school. Some accepting of him and others not so much.

All 10-episodes of season 1 of the drama are now available to stream on Hulu.

Listen to Wrabel’s ‘We Could Be Beautiful’ from the first episode of Love, Victor below.

You can learn more about the L.A. based artist on his official website, and give his We Could Be Beautiful EP a listen below too.