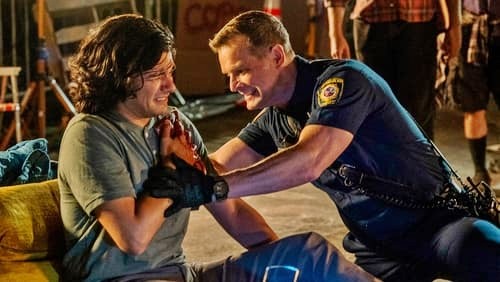 The song was heard as Hen is talking to her mother and Bobby about Clive, and as Toni explains to Athena how casinos function.

Yola’s ‘Great Divide‘ is from the singer’s critically acclaimed second studio album Stand for Myself, which came out in July of this year via the Nashville-based Easy Eye Sound record label. The album was produced by Black Keys singer Dan Auerbach.

It was the second single release from the album, and is a song about being separated from the one you love or the one you haven’t even found yet.

Oh darling, I’ve been yearning
All the lonely nights, my heart’s been burning
Because I’m on the other side of the great
The great divide

Stand for Myself became Yola’s first release to hit the Billboard 200 chart, arriving at #196, and on the UK’s Albums chart where it hit the #46 spot.

The album also charted on the U.S. Top Rock Albums chart at #39.

Listen to Yola’s ‘Great Divide‘ as heard on 9-1-1 last night in her album Stand For Myself, and on the video.