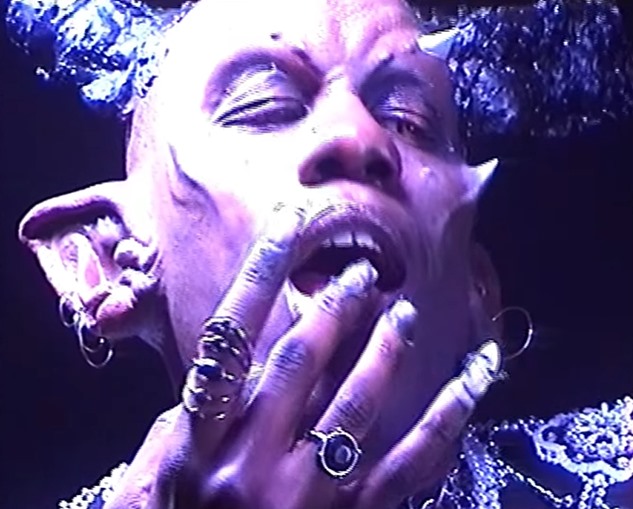 American musician and experimental music producer Yves Tumor’s ‘Gospel for a New Century‘ was one of the songs on the soundtrack of Gossip Girl last night — Gossip Girl, Season 1, Episode 5, “Hope Sinks” — which aired on August 5th, 2021.

The song was played during the episode’s opening voice over.

Yves Tumor’s ‘Gospel for a New Century‘ is from the artist’s fourth studio album Heaven to a Tortured Mind, which was released in 2020 via the Warp record label.

The album received critical acclaim and also made it several Top Albums of 2020 lists, including those at Pitchfork, Paste, Pop Matters, Stereogum, Under the Radar and The Line of Best Fit.

Commercially, Heaven to a Tortured Mind was not as successful, but the album did chart in Scotland and Belgium.

Yves Tumor’s ‘Gospel for a New Century‘ also arrived with an official music video featuring the artist performing the track while dressed as Satan and with backing dancers dressed as pigs.

Weirdly, the video comes with a YouTube warning that it may not be appropriate for some viewers. Then again, this is Google-owned YouTube, the champion of censorship and ‘family values’ morals-pushing, so there is that.

Listen to Yves Tumor’s ‘Gospel for a New Century‘ as heard on Gossip Girl in that video and on his album Heaven to a Tortured Mind below.