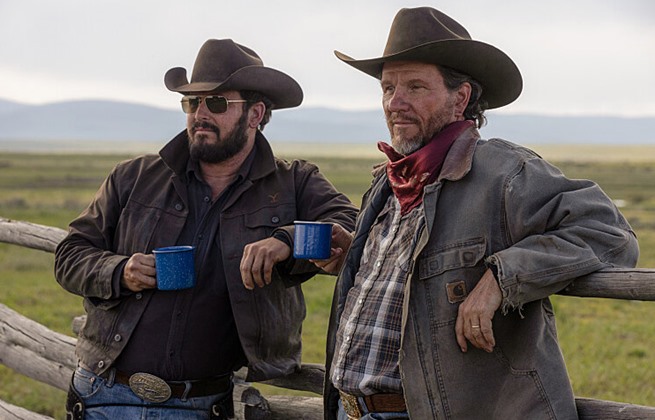 American country singer songwriter Zach Bryan’s ‘The Good I’ll Do‘ was that song playing on Yellowstone last night as the cowboys are loading the horses  before heading out to work at another ranch. — Yellowstone, Season 5, Episode 4, “Horses in Heaven“.

Zach Bryan’s ‘The Good I’ll Do‘ was released in May of this year on the singer’s third studio album American Heartbreak, which came out on the Warner record label.


The album is classified as a triple album and is a massive offering, featuring 34 tracks, including six single releases.

It was also a huge hit for Bryan, both commercially and on various streaming services, making it to #5 on the Billboard 200 chart, and becoming the country album with the most streams in 2022 on both Apple Music and Spotify.

American Heartbreak also made it to #1 on three other charts in the United States — the Top Country Albums chart, the Folk Albums chart and the Top Rock Albums chart – and also charted in Canada and Australia.

The singer will also be touring the U.S. in 2023, with some of the dates already up on his website.

Listen to Zach Bryan’s ‘The Good I’ll Do‘ as heard on Yellowstone last night on his American Heartbreak album, and in the video.

The song itself is about loving someone so much that he promises to be a good man, while almost begging her to need him.

Listen to more songs from Yellowstone here on Leo Sigh.