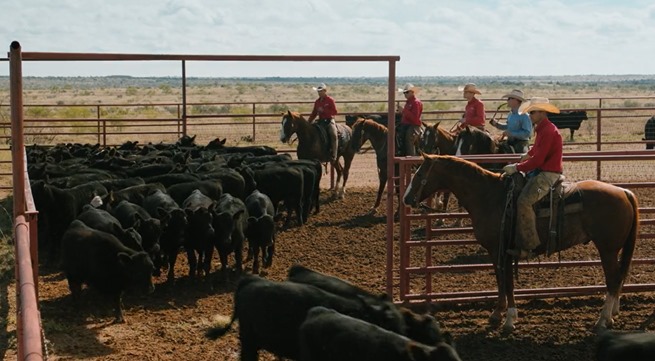 The latest episode of the hit series Yellowstone featured several extremely cool songs this week (well, what else is new, eh?) with Zach Bryan’s ‘Tishomingo‘ being just one of them — Yellowstone, Season 5, Episode 8, “A Knife and No Coin“.

That song was played on the episode as we see Jimmy and the rest of the cowboys load up the horses, and then drive them to the herd. It continues playing while the cattle is being herded.


And yep, we pretty much heard Zach Bryan’s ‘Tishomingo‘ in full during those beautifully shot scenes, and there is nothing wrong with that as it is a fabulously catchy song.

‘Tishomingo‘, by the way, is a song from Zach Bryan‘s third studio album American Heartbreak, which came out in May 2022.

It is a massive 35-track album that spawned six singles, and hit #1 on three American charts — the Folk Albums, Top Rock Albums and Top Country Albums chart — and also made it to #5 on the Billboard 200 chart.

In other words, becoming a massive hit for the still just 26-year-old country singer.

Considering the album was his major label debut, you can guarantee the folks at Warner Records were happy with that, eh?

Listen to Zach Bryan’s ‘Tishomingo‘ as heard on this week’s Yellowstone on his American Heartbreak album, and in the video. It is one of several songs the singer has had played on the show’s soundtrack.

It is also one of those sweet songs that slowly worms its way into your head, and refuses to let go.