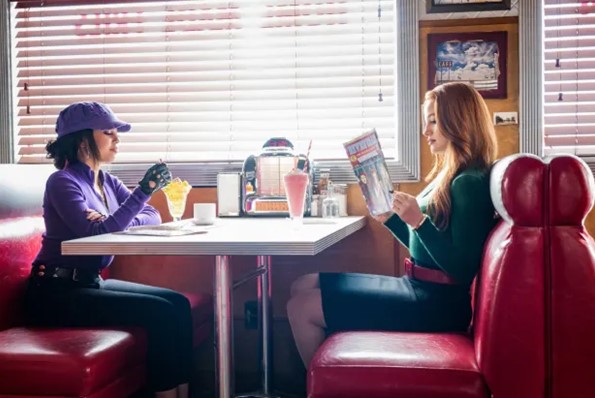 American electronic music producer, musician, DJ and songwriter Zhu’s ‘I Need That‘ was played on the newest episode of the teen drama Riverdale yesterday — Riverdale, Season 6, Episode 5, “Chapter One Hundred: The Jughead Paradox“.

The song was played during the scene with Veronica and the two Reggies.

Zhu’s ‘I Need That‘ is from the talented producer’s 12-track third studio album Dreamland 2021, which was released in April, 2021 via Astralwerks.

Oddly, Zhu released his music somewhat anonymously for the first year or two of his career.

And I say ‘oddly’ as his manager, Jake Udell, said that decision had been made at the time due to Zhu’s race (he’s of Chinese descent), as they felt that could negatively affect his success simply because “Some of us don’t even know the limitations of our own prejudice”.

This all took place in a music world where Asian artists were some of the top artists in the United States at the time (think South Korean singer Psy, whose ‘Gangnam Style‘ was and still is one of the most watched videos on YouTube in the United States and elsewhere), and where many of the country’s biggest names were not white.

Maybe that was a marketing ploy, maybe it wasn’t, (and it’s sad if he really felt being Chinese would prevent him from becoming successful, as reality doesn’t seem to bear that out), but Zhu finally began to perform his own work live not long after, and that seems to have led to even more success.

Zhu’s ‘I Need That‘ was released early this year, and is just one of a large number of tracks the producer has had featured on TV shows. Shows like Locke & Key, Prodigal Son, Siesta Key, The Royals, and One of Us is Lying.

The track is a futuristic, slow, sexy sounding track, you quickly end up playing again and again.

Listen to Zhu’s ‘I Need That‘ as heard on last night’s Riverdale on his album Dreamland 2021, and on the visualizer video.