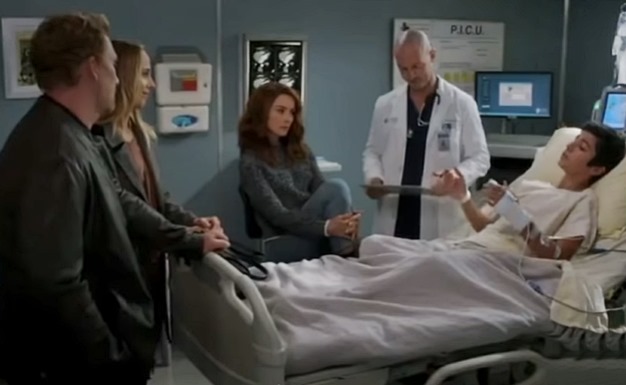 I love it when shows like Grey’s Anatomy branch out from the usual American or British songs and head further afield.

Last night, German singer songwriter Zoe Wees was one of the recipients of that branching out, with Wees’ ‘Control‘ being played on Grey’s Anatomy, Season 18, Episode 6, “Every Day Is a Holiday (With You)“.

The track was played as Jo is delivery a baby, and Teddy and Hayes are working on Farouk.

Zoe Wees’ ‘Control‘ was the singer’s debut single and was released on her EP Golden Wings.

The song was not an immediate hit for her but then gained such incredible traction on Spotify it ended up charting high up in 10 European countries and on three charts in the United States.

The track was eventually certified Gold in six countries, as well as 3 x Platinum in Switzerland.

‘Control‘ was a standout due to its gorgeous piano-driven melody and Wees’ rich, beautiful, almost throaty vocals, as well as the intense emotions behind the song.

Emotions that talk about Wees’ trying to deal with the epilepsy she experience, and how anxious having that lack of control always makes her feel.

Listen to Zoe Wees’ ‘Control‘ as heard on Grey’s Anatomy on her Golden Wings EP, and in the song’s official video.

Be warned, though, it isn’t a song you can only listen to once.