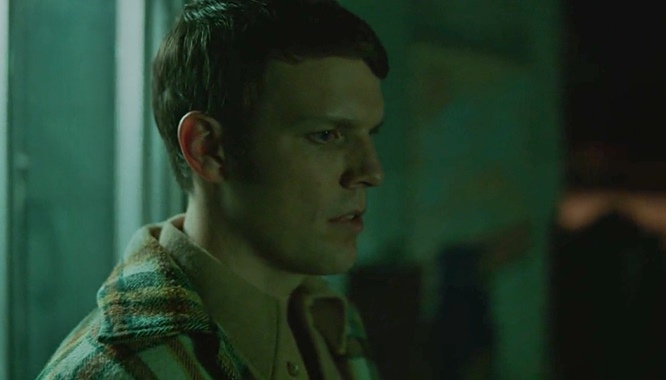 The American psychedelic rock, folk rock band Love’s ‘Always See Your Face‘ was played on the series finale of the Peacock mini series A Friend of the Family.

The song was played at the end of the episode as Berchtold calls Jan and tells her “It’s good to hear your voice”. It continues playing as Jan hangs up the phone without speaking any further, and Bertold leaves the phone booth he is standing in and walks away.


Love’s ‘Always See Your Face‘ was released on the band’s fourth studio album Four Sail in 1969.

A strange album, as lead singer Arthur Lee was the only surviving member of the band after their third album in 1967, and Elektra Records had the right to choose the tracks that went on.

In later years, however, Love’s ‘Always See Your Face‘ seems to have attracted some attention of TV show/movie music supervisors as, not only was it licensed for play on A Friend of the Family, but it has also been played on the soundtrack of the films High Fidelity and Lady Bird, but on the TV show 9-1-1: Lone Star.

The song itself is a sad, but also quite creepy track, as it begins with the singer lamenting he will always see the face of the person he loves, even now they are no longer together.

But, by the end, the lyrics have changed to “No matter where you go, go/You will always see my face“.

Quite appropriate for the end of A Friend of the Family then, eh?

Listen to Love’s ‘Always See Your Face‘ from the ending of A Friend of the Family on the band’s Four Sail album, and in Rhino Records’ official audio video of the song.

RELATED: Tavares’ ‘Heaven Must Be Missing an Angel‘ was played on A Friend of the Family — creepily — Listen