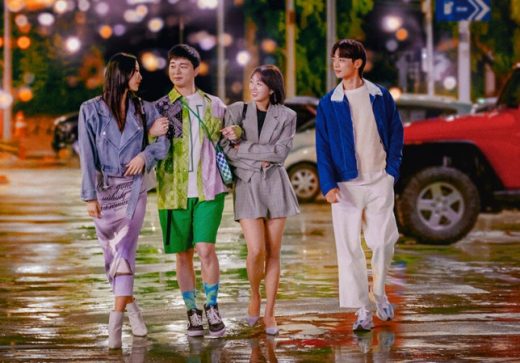 After the horrendous tragedy of almost 160 lost lives in the Seoul Halloween Crowd Crush on October 20th, however, Netflix has decided to postpone the drama’s premiere to a later date.


This decision is in line with many other Korean entertainment company and music companies’ postponement of album and single releases, as well as the postponement of TV shows and movie premieres due to Korea now being in national mourning.

Netflix has not announced when the new premiere date for The Fabulous will be, but it is likely to be in the next few weeks.

The streaming company did release a statement saying they felt it was the right decision (it was!) to delay both the premiere of The Fabulous, and the press conference that would have gone along with it due to the tragedy.

The Fabulous, which is directed by Kim Jung Hyun (At A Distance, Spring Is Green) and written by Kim Ji-Hee and Im Jin-Sun, tells the story of four friends working in the fashion industry — one as a marketer, one as a model, another as a photographer and the last as a designer.

Ji Woo Min is a freelance photograph retoucher who, while he is good at what he does, doesn’t enjoy his work.

Meanwhile Pyo Ji Eun is high up in a luxury brand promotion agency, and is living her dream of working in the fashion industry.

Unlike Ji Woo Min, Pyo Ji Eun is upbeat and positive, as she loves what she does despite it often being difficult and her making mistakes.

The trailer for The Fabulous makes this upcoming drama look exciting, loaded with our favorite top designer clothing and, of course, romantic.

Plus, what a cool cast, eh?

Watch The Fabulous‘ trailer below, and be sure to click the Reminder button on Netflix so you will be notified as soon as the new premiere kicks off.