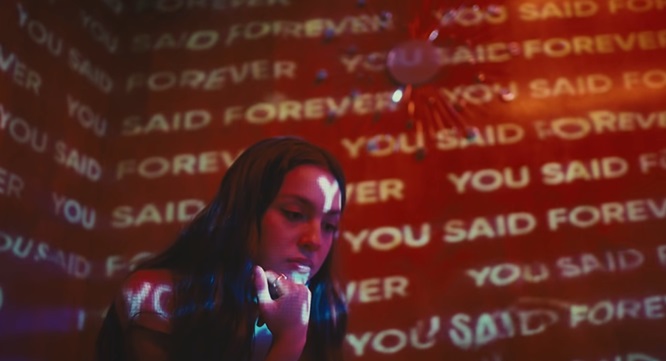 Olivia Rodrigo’s debut single ‘drivers license‘ is a song that, if you remember at all what it was like to be 17, and in love for the first time, will cause your heart to break a little.

A song that sneakily starts out as if written about a girl getting her first drivers license. Only for you to realize just a few seconds in, the license and now being able to set off in a car alone means nothing to her.

Not when the man she was in love with has not only just walked away from her, but has already started dating someone else. 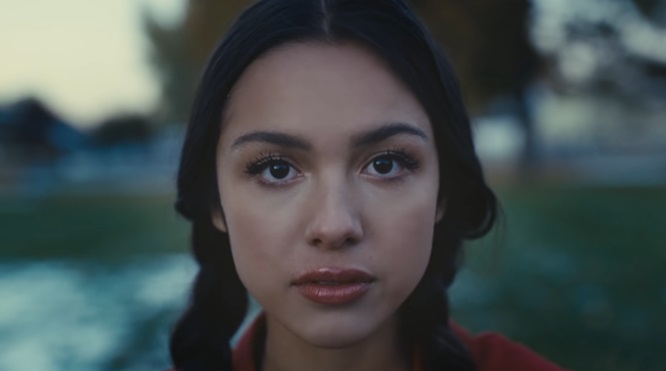 The music video for Olivia Rodrigo’s ‘drivers license‘ takes it even further, as it starts with the singer’s car slowly driving down a deserted road at night as Rodrigo remembers her ex-boyfriend being excited for her to get a drivers license.

That way she could finally drive up to his house.

Only to discover, as she gets that license, his promises of “forever” and the song he wrote for her, ultimately meant nothing.

“Because you said forever, now I drive alone past your street”

As the song continues, Rodrigo’s sad reminisces build towards an almost wail of a climax, with Rodrigo singing

“Can’t drive past the places we used to go to,
because I still fucking love you, babe”

Yes, that often is young love, and most of us experience it. Or will, before we’re done. 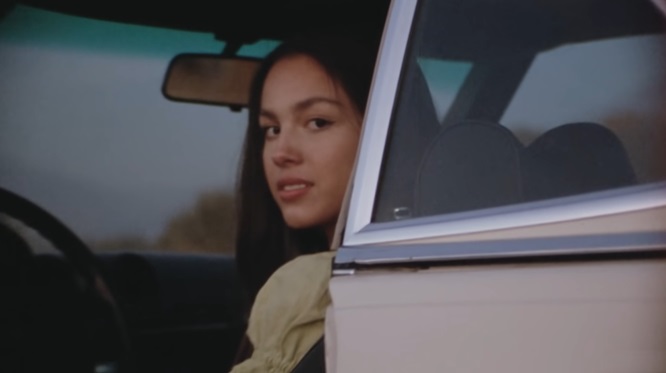 As for Olivia Rodrigo, ‘drivers license‘ may be her first single, but many of you will be familiar with the 19-year-old singer from her past five years with Disney. Especially with her starring role in High School Musical: The Musical: The Series.

With the singer songwriter writing such a gorgeous song for her debut release, however, it is highly likely her solo career will soon be taking her far beyond that.

You only have to look at the over 10 million views on the music video for Olivia Rodrigo’s ‘drivers license‘ to realize that.

Watch that music video below, and buy or stream ‘drivers license‘ on all the usual platforms.