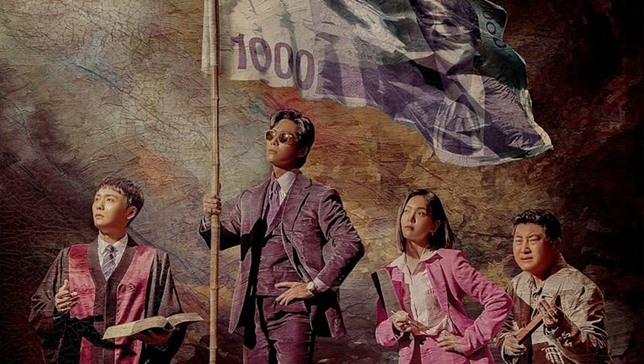 While it is rare for a K-drama to suddenly have episodes cut from its planned 12, 14 or 16 episode run that, apparently, is just what has happened to the currently airing hit K-drama One Dollar Lawyer.

A show, it seems, that may be having some problems production-wise due to it not airing the latest episode in the series late last week, plus the announcement that One Dollar Lawyer will have its originally planned 14 episodes cut down to a 12 episode show.


Cutting out two full episodes entirely, as well as some of the drama’s planned scenes.

That also means One Dollar Lawyer will be officially ending on November 6th, 2022 in South Korea.

According to the production committee, it has been decided to cut the number of One Dollar Lawyer episodes in order to offer the audience a tighter and more satisfying plot and ending.

An interesting development indeed, considering the original screenplay, written by Choi Su-jin and Choi Chang-hwan, was awarded the Grand Prize at the SBS Screenplay Contest in 2015.

It is unlikely cutting the drama down from 14 to 12 episodes will damage the show’s ratings, however, as it one of the highest rated and most watched dramas in Korea this season.

The drama tells the story of lawyer Cheon Ji Hun who wants everyone to have fair access to legal help, even if they are not wealthy.

That is why he offers his services for just 1,000 won, or approximately one dollar. Thus allowing people with little access to money to fight against wealthy people who can afford the best lawyers in Korea.

Watch the official One Dollar Lawyer trailer below if you haven’t already started watching the legal drama, then catch the latest episodes via Disney +.

Meanwhile, in place of the planned episode a special episode of One Dollar Lawyer was aired on Friday night comprising scenes from the first nine episodes, and hosted by Jang Sung-kyu.