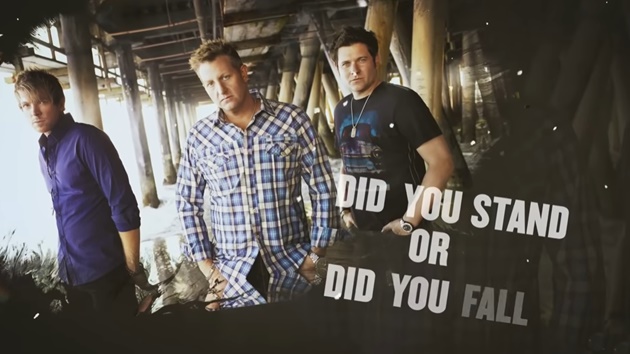 After 21 years together, popular country band Rascal Flatts will soon be breaking up.

Before they do, they will have more new music coming out including this weeks’ Rascal Flatts release ‘How They Remember You‘, the first song from their upcoming new EP.


And, if you were looking for a song that will always help you remember the band fondly long after they are gone, then Rascal Flatts’ ‘How They Remember You‘ might just be that.

After all, not only does it come with a lyric video showing old album covers, band pics and other nostalgic photos, the lyrics of the song are also typically thought-provoking Rascal Flatts:

and the perfect words to help cement Rascal Flatts’ legacy in your heart as a band that always chose the best way to be.

Sadly, the band should have been in the midst of their planned last ever concert tour  — Rascal Flatts: Life Is a Highway Tour — but, due to COVID-19, they eventually decided to cancel it.

They will, however, be performing and being interviewed on The Today Show tomorrow (June 22nd) as part of that show’s 2020 Summer Citi Music Series.

The three —  Jay DeMarcus, Gary LeVox and Joe Don Rooney — also plan on still making music after the band breaks up. Just separately rather than together.

Meanwhile, watch and listen to Rascal Flatts’ ‘How They Remember You‘ in that lyric video below, and keep checking the band’s official website for more information and dates for the release of their upcoming EP and last planned album.

We still have till next year until they are gone.