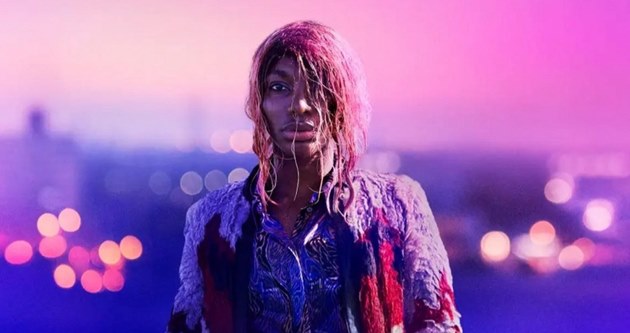 The track was heard as Arabella dumps her book.

Rosalia‘s hypnotic ‘Malamente‘ is from the singer’s second studio album El mal querer, which was released in 2018. An album that was her first move away from the flamenco-infused music she was previously known for.

As a Spanish commenter in the comments section of the YouTube music video nicely explains about the album:

The songs in the album are not just separate songs, they are a story, and each song is a chapter of the story. The album is inspired by a book from the middle ages based in real facts, which tells the story of a woman called “Flamenca”. Flamenca is in as toxic relationship with a man. The man starts manipulating her, and mistreating her.

In the middle of the story, she escapes secretly from the house and goes with a lover. In other chapter, Flamenca gets pregnant from her lover, but the baby dies before being born the to the mistreatments of her husband.

‘Malamente‘ was the first single from the album and is a song that could not be more perfect for I May Destroy You as it tells the story of an abused woman who is in a relationship she knows is bad for her but she continues along with it anyway.

‘Malamente‘, officially known as ‘Malamente – Cap 1: Augurio’, was a big hit for Rosalia when it was released. It was certified Platinum in the United States as well as five times Platinum in Spain and Gold in Mexico, and was critically acclaimed by just about every critic that wrote about the track.

It won two of them.

The HBO series I May Destroy You, which stars Michaela Coel, Weruche Opia, Paapa Essiedu and Stephen Wight, also looks like it will be a huge success for director Michaela Coel with some critics talking about it being the best release of the year.