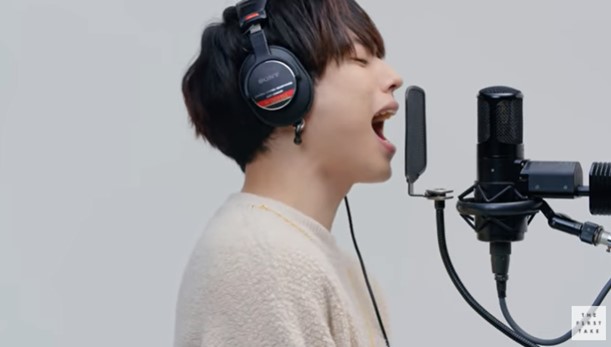 Shinya (aka Shin-chan) was accompanied by two violinists and a pianist, and knocked the song right out of the park.

A song that, with its fast lyrics and high notes, must be a helluva difficult track to sing live. In one-take, I might add.

Since its release, it has become one of the Japanese band’s most popular songs with over 20 million plays on Spotify, and almost 40 million views on the track’s official music video on YouTube.

Watch Shin-chan absolutely kill it with his less-rock, more-heartrendingly sad performance of Saucy Dog’s ‘Itsuka’ on The First Take this week in the video below.

Then listen to the more rock original version of the song on Saucy Dog’s Country Road album below that and, of course, on the track’s music video.

The song itself is utterly gorgeous, Shin-chan’s voice is phenomenal on it, and aren’t all these The First Take performances of some of Japan’s best contemporary singers fabulous?!!