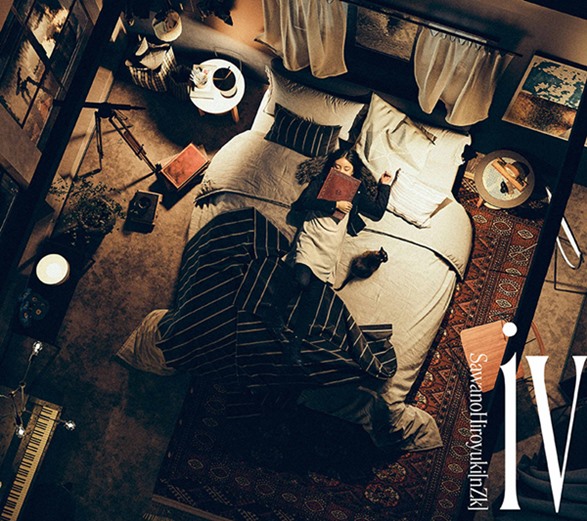 SawanoHiroyuki[nZk]’s iv the fourth album in the solo project

The incredibly prolific anime, TV and film composer Hiroyuki Sawano will be releasing the fourth album in his vocal project SawanoHiroyuki[nZk] on March 3rd, 2021.

The album is called iv, and will come in two editions, with both featuring 13 songs.

iv is the follow up to SawanoHiroyuki[nZk]’s third album R∃/MEMBER, which was released in early 2019 and charted in the Top 10 on the Japanese Albums, Japanese Hot Albums and the Billboard Japan Top Album Sales charts.

Songs from SawanoHiroyuki[nZk]’s first three albums have been used for opening and ending theme songs for anime series such as Re: Creators, Seraph of the End, and Mobile Suit Gundam Unicorn.

Songs from SawanoHiroyuki[nZk]’s iv have been licensed for use as anime theme songs as well.

In the lead up to the release of SawanoHiroyuki[nZk]’s iv, the Japanese musician has also released several short music videos for songs that will appear on the upcoming album.

You can watch the short versions of ReoNa’s ‘time‘ and mizuki’s ‘CRY‘ below.

More information on SawanoHiroyuki[nZk]’s iv can be found on the album’s official website. The track listing for the CD is below.

Track listing for SawanoHiroyuki[nZk]’s iv CD is as follows: