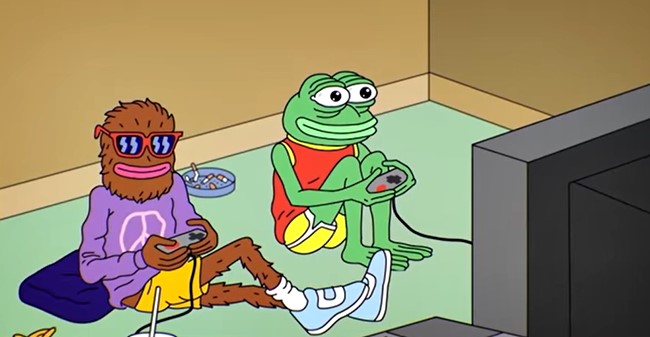 Now, I have to admit I have not yet seen the documentary Feels Good Man (watch trailer below). A documentary from new director Arthur Jones about artist Matt Furie’s struggle to free his creation Pepe the Frog from appropriation by far-right hate groups and by white supremacists.

The documentary had its premier at this year’s Sundance Film Festival, and will be released to general audiences in the U.S. on October 19th on PBS.

I can, however, sympathize with Furie’s need to fight for what he believes in as I have done that all my life. Although, for me, I recently decided I’m removing myself from all my struggles in this horrible 2020 year, and instead sitting back, ignoring just about everyone else, and solely concentrating on me.

A fact that made Sharon Van Etten’s ‘Let Go‘ — one of the songs featured in Feels Good Man and a track released today — the perfect song for me. 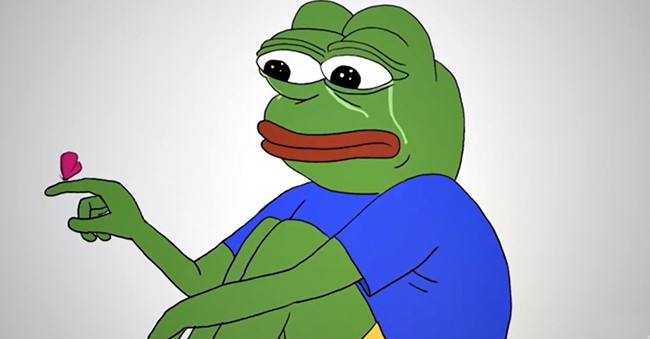 Because Sharon Van Etten’s ‘Let Go‘ recommends, when you feel like you’re being ripped apart, come to terms with it and then just let go, let go, let go. As it is that letting go that gives you peace.

So, Sharon, I am officially letting go.

Letting go of my anger at idiot governments around the world that have stirred their citizens up into a frenzy of panic and hysteria about a virus that is, at most, a cold or a mild flu for 99% of people that get it.

Have made them so fearful tens of millions are stumbling around in masks, damaging their ability to think clearly, their ability to breathe properly and, some scientists now fear, destroying their future respiratory health.

And destroying their country’s economies to such an extent hundreds of millions will ultimately die due to job loss, home loss, inability to be able to afford basic medical care, inability to get testing for cancer, diabetes, heart disease or due to suicide.

Because, at the moment, I am banging my head against half a world of panicked, hysterical people. And there ain’t enough anger in this world that is ever going to make me survive that.

So listen to Sharon Van Etten’s ‘Let Go‘ from Feels Good Man in the video below (and here). The song is pretty damned cool. And think of me refusing to care anymore that your blind adherence to your government’s stupidity has severely damaged your career, your life, your family’s life and your future happiness.

Because I absolutely fucking refuse to let it damage mine.