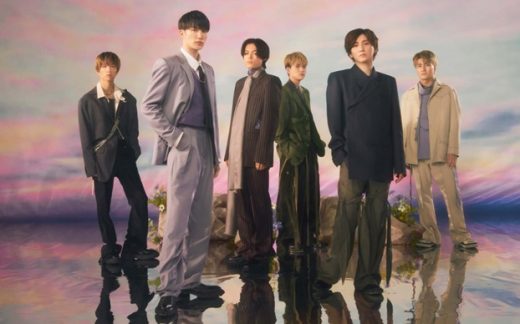 Japanese J-pop band SixTONES (pronounced Stones) has released the official music video for their latest single ‘Watashi‘ (aka ‘I’ and known as ‘わたし‘ in Japan).

A mellow love song with a beautifully addictive melody.

The lyrics of ‘Watashi‘ speak about the singer being swept away by love, even as they try to fight it.

The ballad is the insert song for ‘Koi Nante, Honki ni Yatte Dousuruno‘ (‘What Do You Really Do About Love?), a currently running Japanese drama.

A starring role that is also likely to helpo catapult the song into a smash hit.

Something that appears to be already happening it seems, as the SixTONES’ ‘Watashi’ music video, which has only been on YouTube for less than 48 hours, already has almost 2.5 million views.

The song is the group’s seventh single, and will officially come out on June 8th.

Read more about SixTONES via the group’s official website.