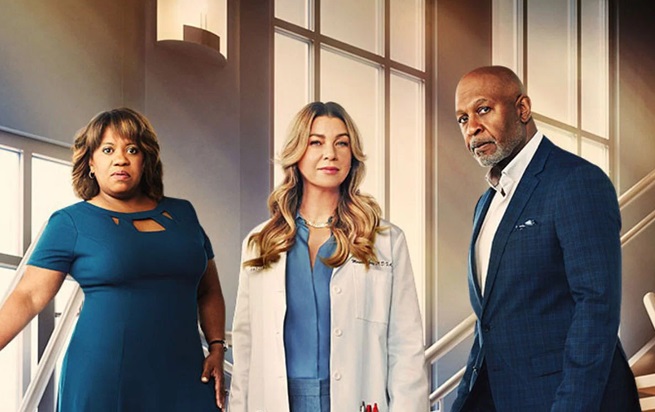 American indie pop band The Regrettes’ ‘Barely On My Mind‘ was one of the tracks played on the latest episode of Grey’s Anatomy last night — Grey’s Anatomy, Season 19, Episode 5, “When I Get to the Border“.

The song was played during the scene where Meredith picks up Zola at Brookline Steam Academy,


The Regrettes’ ‘Barely On My Mind‘ was released earlier this year on the band’s third studio album Further Joy, which came out on the Warner record label in April.

The 13-track album spawned four singles, (‘Barely On My Mind‘ was one of them) and, while it didn’t chart, the album did receive wide critical acclaim with media outlets like Clash, DIY and NME giving the album hide ratings.

The Regrettes themselves were founded in Los Angeles in 2015, and have released three studio albums, two EPs and many singles since then.

Their music has been called everything from riot grrrl, garage pop, and rockabilly to punk rock and indie pop. Not that it really matters how the band is categorized, as long as what they continue to release is as good as what has come before.

Night and Gariano are two of the band’s original members.

Listen to The Regrettes’ ‘Barely On My Mind‘ as heard on last night’s Grey’s Anatomy in the song’s official music video, and on the band’s Further Joy album.

The song itself is a catchy pop track, with fabulous lyrics about a woman who is convincing herself she isn’t thinking about a guy who is the worse person for her.