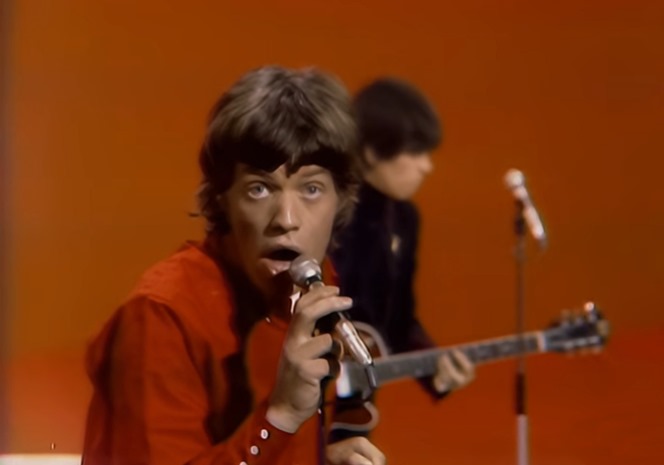 And, man, didn’t that phenomenal track just make the show even cooler, eh?


English rock band The Rolling Stones released ‘(I Can’t Get No) Satisfaction‘ in mid-1965, and it has since become one of the most recognizable songs in contemporary music history. The track has also gone down in history as featuring one of the best guitar riffs of all time.

It was released on the iconic band’s fourth studio album Out of Our Heads. An album that went on to chart at #1 on the Billboard 200 chart, as well as at #2 on the UK Albums chart and in Finland. It also made it to #7 in France.

‘(I Can’t Get No) Satisfaction‘ though did much much better.

That track hit #1 in 11 countries, including the United States, United Kingdom, Austria, Germany, Sweden (2 charts) and South Africa. The song was also certified Gold in four countries, and Platinum in Italy.

It went on to become the song The Rolling Stones play live in concert more than just about any other, as most fans leaving a concert and not having heard it would be sorely disappointed.

Listen to The Rolling Stones’ ‘(I Can’t Get No) Satisfaction‘ as heard on 9-1-1 last night, in the song’s lyric video, and on the band’s Out of Our Heads album.

The band also gave a legendary performance of the song on The Ed Sullivan Show in February, 1966 you should also watch while you’re down there.