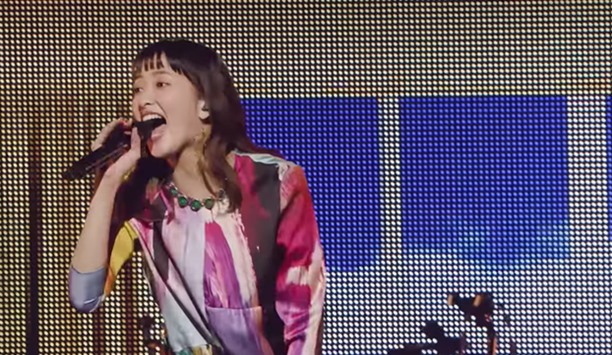 My favorite Japanese pop band bar none is Ryokuoushoku Shakai. A four-person pop rock band from Aichi that has been around for almost a decade, even though every current member is still only in their early to mid-20s.

A band that, with every release and live performance, just gets better and better.

A performance they have uploaded to YouTube twice this month. Once with a Japanese title and once with an English searchable title for ‘Mela!’.

The latter, obviously, because Ryokuoushoku Shakai is gaining more and more non-Japanese fans the longer they are around.

That is partially due to Ryokuoushoku Shakai’s ‘Shout Baby‘ being used for the ending theme song for the hit anime series My Hero Academia 4, (watch their live one-take performance of the track here — Amazing!) and partly because they are just so damned good.

Just watch Ryokuoushoku Shakai perform ‘Mela!’ live on their SINGALONG tour 2020‐last piece in the video below, and you will quickly see why their fan base has exploded in recent years.

And, if you love what you hear and see in that just-released video, do NOT miss listening to their latest studio album SINGALONG on which their 2020 tour was based in the Spotify player below as well.

The entire album is superb with every song a standout. So much so, I must have listened to it at least 100 times straight through during my walks around my home town of Vienna.