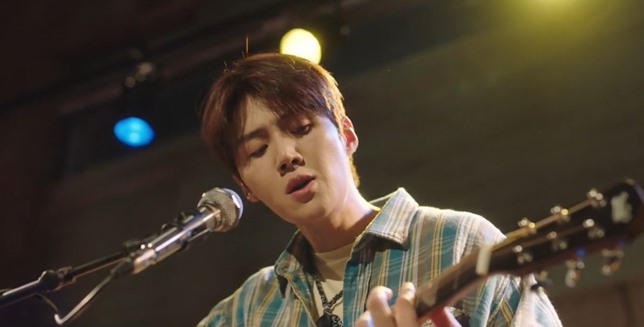 One of the best things about the hit Korean comedy drama Hometown Cha Cha Cha Episode 4 is the performance Chief Hong gives of a sweet Korean ballad as the town’s leaders are meeting in the cafe owned by Oh Cheon-jae (aka Oh Yoon).

What is the song Chief Hong sings, and where can you listen to it?


Interestingly, with its old-fashioned 1950s sound, Chief Hong’s song is quite a bit more modern than you might expect.

What is the song Chief Hong sings in Hometown Cha Cha Cha?

The ballad is called ‘Old Love‘, and was the title track of Lee Moon-sae’s seventh studio album, which came out on the Hankook Record Co record label in September, 1991.

It is one of 16 full-length albums the South Korean singer has released since his debut album in mid-1983, making him one of the country’s most prolific singers. As well as one of its most popular.

It is also Lee Moon-sae’s original release of ‘Old Love’ Yoon Hye-jin listens to on her phone after she returns from the cafe, and is remembering Chief Hong singing it.

Now doesn’t he do that lovely song justice?

You can watch Hometown Cha Cha Cha, which by the way is one of Netflix most successful drama series ever, on Netflix now.