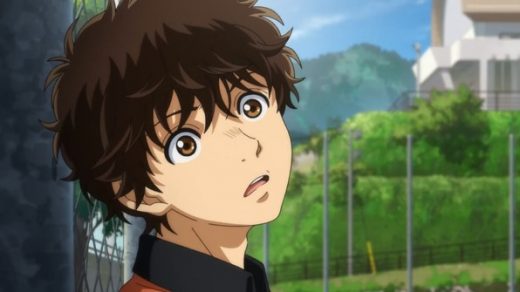 The currently airing football anime Ao Ashi is very popular with fans, with a high 7.87 rating on My Anime List so far.

Some of that popularity is due to the show being based on the hit manga series of the same name (aka アオアシ), which was written and illustrated by mangaka Yūgo Kobayashi.


The rest of it is due to the beautifully vibrant art style, excellent animation, well-written scripts and it being one of the most authentic of football anime to be released in a long time.

It is also popular due to the interesting characters and, in particular, protagonist Ashito Aoi — a junior high school footballer who, in the first episode, destroys his team’s chances of making it into a tournament by head-butting an opposing team member.

While Ashito Aoi is self-involved to the max, incredibly immature and highly annoying, he does grab your attention every time he is on screen.

Part of that is due to the superb performance of the Japanese voice actor playing him.

So, who voices Ashito Aoi in Ao Ashi, and is he an actor whose performances you will have enjoyed in many other popular anime series?

While, for a split second during the first couple of minutes of the first episode of Aoi Ashi, I thought the actor playing Ashito may be the same one who voices Asta in Black Clover, that quickly became evident it wasn’t the case.

After all, while he does a beautiful job portraying the immature protagonist, his voice sounds younger than the actor who plays Asta.

Incredible then that, not only did Kouki Oosuzu likely snatch the role of Ashito Aoi from other far more experienced voice actors, he is doing a superb job playing the talented young footballer so far.

Other than that, the only information known about Kouki Oosuzu is that he was born on October 5th, (no birth year is given in his official information), that he is an experienced basketball player and that he enjoys participating in rakugo — the 400-year-old Japanese tradition of monologue storytelling.

Then watch the Ao Ashi trailer below, and listen to what a great job Kouki Oosuzu does as Ashito.