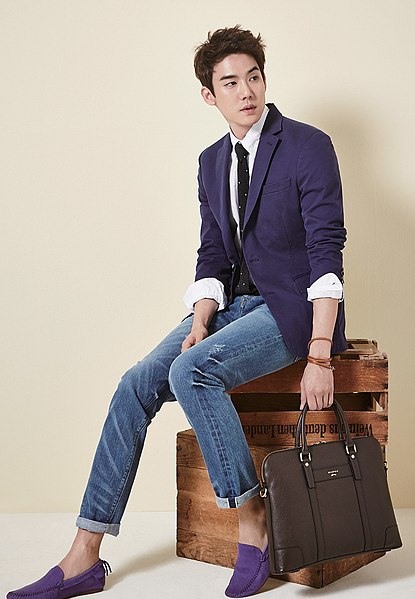 Yoo Yeon-seok, one of Korea’s hottest actors, will reportedly star in the upcoming drama A Very Lucky Day.

The new drama tells the story of taxi driver Oh Taek, played by veteran actor Lee Sung Min, and his encounter with Hyuk Soo, a psychopath.


A Very Lucky Day is set to commence filming in early 2023, and is based on the webtoon of the same name.

The drama is currently due to premiere during the second half of 2023, and is being written by Kim Min-sung and Song Ha-na.

Interestingly, while Yoo Yeon-seok is known for the mostly sweet and cute characters he has played in drama series like Hospital Playlist, Mr. Sunshine and Dr. Romantic, the role of A Very Lucky Day‘s Hyuk Soo would be one of the first edgy roles the 38-year-old actor has taken in his more than 15-year career.

Well, not counting his portrayal of Sung-yeol in the 2015 romantic thriller Perfect Proposal, that is.

If he does then accept the role, Yoo Yeon-seok’s portrayal of Hyuk Soo in A Very Lucky Day could set him on the path towards even more interesting and challenging roles in the future.

Prior to that, he completed filming his role of Ha Sang-soo in the web series Narco-Saints, as well his roles in the films Vanishing and Puppy.

Keep an eye out for the official announcement of Yoo Yeon-seok’s participation in A Very Lucky Day.

Meanwhile, check him out in the trailer for Perfect Proposal as, Ye Gods, that man is fine.