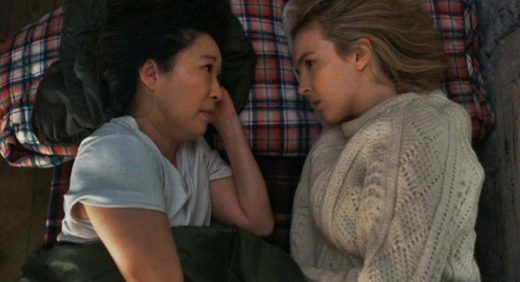 The hypnotic dreamy but also somewhat tragic song was played as Villanelle and Eve are in bed, and then as they decide to steal the camper van and are driving away.

Anna von Hausswolff‘s ‘Stranger‘ is from the indie singer’s third studio album The Miraculous, which came out in 2015 via Pomperiposse Records.


It is one of six albums she has currently released, along with three EPs.

Von Hausswolff herself is known for her dramatic live performances, and her mesmerizing voice, as well as for her songs that seem to burrow down to your very soul.

The organ also features predominantly in many of her recordings, adding even more drama to the powerful music she creates.

Listen to Anna von Hausswolff’s ‘Stranger‘ from last night’s Killing Eve on her The Miraculous album, and in an emotionally dramatic live performance the singer gave of the song at Studio Underlandet.

No, you don’t get many goosebump-inducing live performances like that.

Listen to more songs from the superb Killing Eve soundtrack on Leo Sigh.