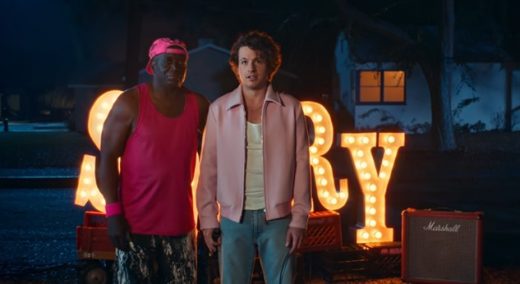 Called ‘Light Switch‘, Puth’s new single is a far departure from the gorgeous pop ballad you might have been waiting for from the American singer, as its frenetic beat is more likely to get you up dancing than mourning a lost love.

Even though Puth himself is doing just that at the beginning of the track’s music video.

That being said, while I am a big fan of songs like ‘We Don’t Talk Anymore‘, I’ve got to say I really like ‘Light Switch‘ as it’s one of those songs with a deceivingly simple first feel to it, but one that is still bouncing around your head hours after you first heard it.

The vocals, the melody and beat, and the production on it are that solid.

The aforementioned music video for Charlie Puth’s ‘Light Switch‘ starts with the singer overweight and unkempt, and sat in a chair in front of the TV mourning his lost love.

Because his girlfriend leaving has dragged him so low, he only has energy to watch a fitness show while self-pityingly shoving bags of potato chips into his face. 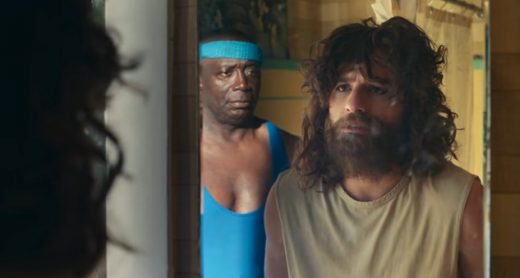 Of course, that doesn’t last long before the fitness trainer has crawled out of the TV, kicked Puth’s ass into admitting he has become a loser, and dragged him back into the TV to join the exercise class.

The song’s hammering beat, of course, perfect for anyone to dance themselves fit.

We then follow Puth as he spends weeks with the trainer kicking his ass, until he is finally back thin and trim and outside his former girlfriends house apologizing for what he did that made her leave him.

Whether all that exercise and groveling works out for him or not, you will have to watch the video to the end to find out.

Charlie Puth’s ‘Light Switch‘ arrived in my email box this morning via his record label Atlantic Records and, honestly, I’m glad it did. As I am going through a tough situation right now and feeling a bit sorry for myself.

Then ‘Light Switch‘ showed up, and gave me the needed push to get off my own rear end and deal with the situation properly.

So, thanks, Charlie and, yep, ‘Light Switch‘ is a kickass track.

Watch the official music video for Charlie Puth’s ‘Light Switch‘ down below, and I’ll bet it won’t be too long before you’re dancing around your own house as the song really is that catchy and cool.