The brilliant French-Canadian electro pop jazz singer songwriter Charlotte Cardin has been gone for a while when it comes to releasing new music.

That all ended today, though, with the release of Cardin’s single ‘Passive Aggressive‘ and an official music video to go along with it.

In true Charlotte Cardin style, of course, this video is incredibly strong woman tinged with a little bit of vulnerable, and all tied up with something just a little bit disturbing and crazy.


And that’s what I love about the videos she releases, because they are rarely what you expect when you first hit Play.

Charlotte Cardin’s ‘Passive Aggressive‘ music video has the Montreal-native singing about the ex-lover she has just walked away from.

A lover whose passive aggressiveness she doesn’t miss, especially now she has another man on her arm. 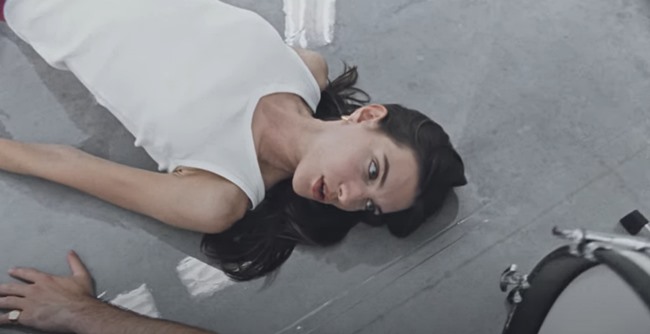 What is brilliant about the music video for the track, however, is it initially seems to be just another video from a woman singing about why she broke up with a man:

She dances, she plays drums, she stretches on the floor and generally looks like she is now over him and making the most of the rest of her life.

Until you see him lying on the ground with his head jammed into a drum kit.

By the end, Charlotte Cardin is furiously and angrily playing those drums, surrounded by a room full of his blood because, yes, she is far more angry with him and his shortcomings as she would have you initially believe.

And, when it comes to passive aggressive, that just might be her.

Charlotte Cardin’s ‘Passive Aggressive‘ is the first single from her long-awaited debut album. The music video was directed by Jason Brando.

Charlotte herself responded to the song’s release on her Instagram page saying:

I am obviously crying, but only tears of joy and very hard work and pure excitement. Thank you all for your amazing support. I’m so lucky🥺 I’M BACK BITCHEZ♥️♥️

Watch Charlotte Cardin’s ‘Passive Aggressive‘ music video, then check out what she’s calling her “Passive Aggressive Playlist” in the Spotify player below — it has just about every song she has ever released on it, and that is a fabulous thing.