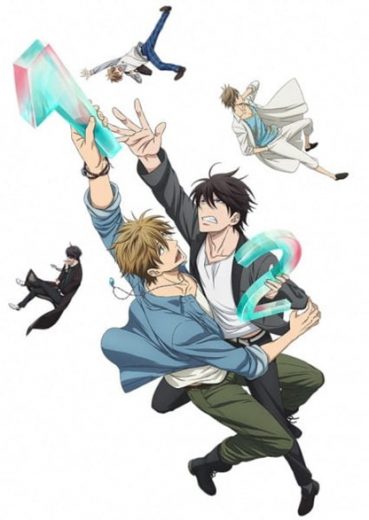 As I am still in my Boys’ Love anime phase, today’s binge-watch was Dakaretai Otoko (aka Dakaichi: I’m Being Harassed By the Sexiest Man of the Year) —  a 13-episode BL anime about two famous actors who fall in love with each other.

Of course, being impatient, I wanted to know if the two protagonists Takato and Junta end up together in Dakaretai Otoko before I watched the anime to its end.


If not, I was wary of watching it in its entirety, as sad endings just make me cry.

Luckily with Dakaichi, its humor and silliness throughout pretty much tell you we probably get the happy ending we wanted.

If we didn’t this cute Boys’ Love romantic comedy would turn into a tragedy.

So, if your question is the same as mine — Do Takato and Junta end up together in Dakaretai Otoko? — you will be thrilled to know they do.

When does that happen? 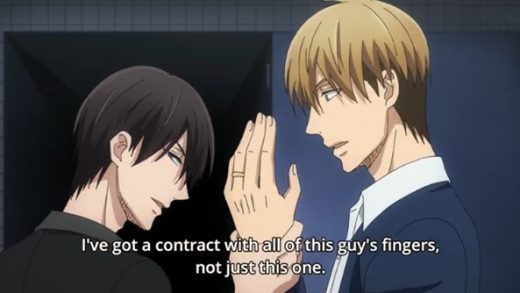 When do Takato and Junta end up together?

The Dakaretai Otoko episode where Takato and Junta end up together is Episode 12, “mi tesoro“. Not the anime series’ last episode, but pretty close to it.

The two actors get together again in Episode 12 after two episodes of them having broken up, due to Takato wanting to protect Junta’s career from a tabloid photographer planning on publishing photos of Takato and Junta kissing.

After all, Japan is still decades behind much of the west when it comes to gay relationships, so two actors being outed as gay and in a relationship together could destroy both of their careers.

Takato didn’t want that to happen to Junta, so he broke up with him at the end of Episode 10, “We’re breaking up, Chunta“.

Junta, however, isn’t an idiot and he turns the tables on the photographer and on the tabloid magazine he works for. Destroying both the magazine and the photographer’s tabloid career in a very tricky way.

But, before he can say anything to him, Junta is on national TV announcing the two will be moving in together.

“As an actor, there’s nobody else I admire as much as Mr. Saijo (aka Takato). I want to learn all I can from him right by his side”.

(Yep, this anime is that unrealistic it really tries to convince you the general public would believe that. But… it is still very cute!)

Soon after, Takato arrives at Junta’s film set to pick him up and the two go back to Junta’s apartment where they properly reunite.

Yes, Takato and Junta are not only in love, they are made for each other, so being together forever is the only option for them.

Watch these episodes and every other episode of Dakaretai Otoko on Crunchyroll.

If you enjoy a good Boys’ Love anime, the show really is fun and cute.

There is also a follow up movie coming out later this year (it’s already out in Japan) — Dakaretai Otoko 1-i ni Odosarete Imasu. Movie: Spain-hen — with the two lovers heading to Spain.

Now that I have to see.