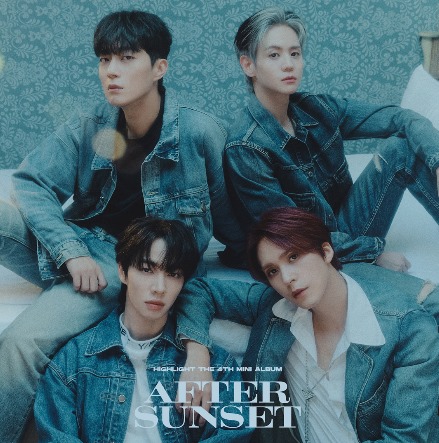 In music news that does not surprise me one bit, South Korean boy band’s After Sunset EP, which was only released yesterday, is already a hit in Korea.

The EP, featuring that gorgeous single ‘Alone‘, (which also got an official music video release yesterday) has already sold almost 40,000 units — 39,057 to be exact.


That number catapulted the mini album to #1 on Hanteo’s Physical Album Chart for yesterday, ahead of Seventeen’s Face the Sun, and Stray Kids Maxident, which were in 2nd and 3rd place respectively.

Not bad for first-day sales, eh? And sales that are very likely to get even better over the next few days and weeks. 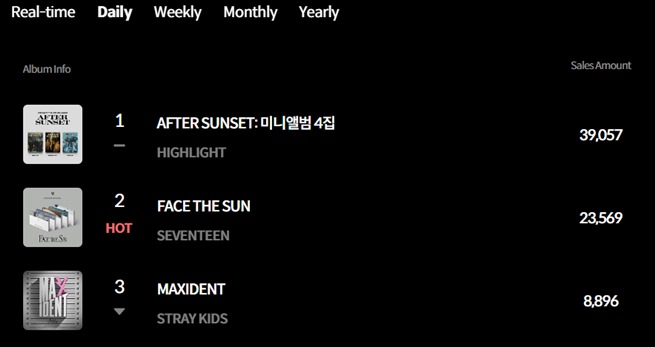 The success of After Sunset sales also makes Highlight’s latest mini album their most successful one yet on the day of release. May it continue, eh? As the guys definitely deserve it.

Hightlight’s After Sunset is a five-track EP, and is the boy band’s fourth.

It was released by Around US Entertainment yesterday, with band member Gikwang writing three of the five tracks, and is the follow up to the group’s fourth studio album Daydream, which came out in March of this year.

Watch Highlight’s After Sunset highlight medley video below, and you may just get a hint of why the EP has been so successful for the four-member group.