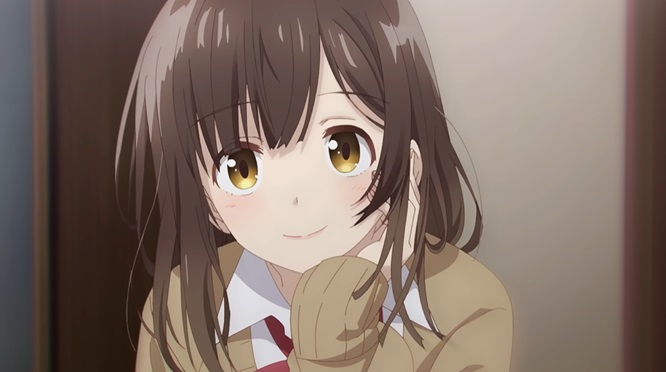 The upcoming romantic comedy anime series I Shaved My Beard Then Picked Up a High School Girl got its first trailer today and, wow, does this anime look like the sweetest thing.

Especially as the trailer comes without dialogue, and only shows high school runaway Sayu sitting dejectedly under a lamp as salaryman Yoshida finds her and takes her home.

Of course, there will be the usual prats decrying ‘child pornography’ when, in reality, I Shaved My Beard Then Picked Up a High School Girl (aka Hige o Soru. Soshite Joshi Kousei o Hirou in Japan) is actually quite wholesome and sweet.

Especially as, when runaway Sayu says “I’ll let you do it with me, so let me stay with you”, Yoshida’s immediate response is “Don’t even joke about something like that.”

Soon Yoshida finds out Sayu has run away from her home in Hokkaido and made it to Tokyo as a result of exchanging non-platonic favors for places to stay.

Yoshida wants none of that, however, but agrees to take Sayu in — then teaches her how to do laundry and wash dishes — all while a close relationship develops between the two.

The I Shaved My Beard Then Picked Up a High School Girl anime series is based on the light novel series written by Shimesaba and illustrated by booota — a series with four volumes and with more than 400,000 copies currently in circulation. (continue reading below…)

The official Twitter account for the anime also announced the series will be premiering in April, 2021 on Tokyo MX.

I Shaved My Beard Then Picked Up a High School Girl is being directed by Manabu Uekita at anime studio project No. 9.

It stars Kazuyuki Okitsu (Josee, the Tiger and the Fish) as Yoshida, and Kana Ichinose (Carole & Tuesday) as Sayu.

Let’s hope one of the streaming services in the West picks this up, as it really does look lovely.

Watch the I Shaved My Beard Then Picked Up a High School Girl trailer below to see what I mean.