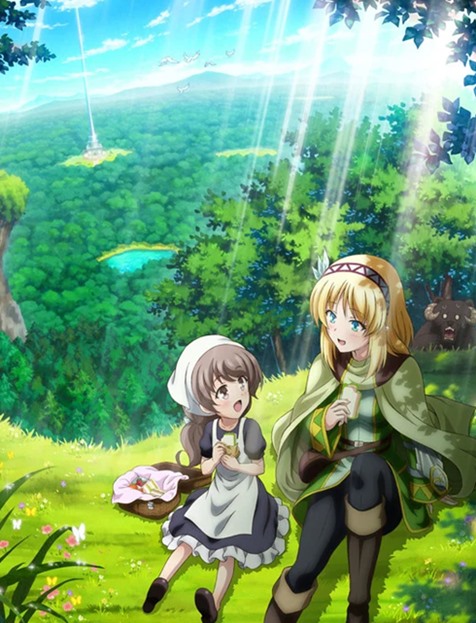 An anime adaptation of Ceez’s Riadeiru no Daichi nite manga was announced back in February and, today, the In The Land of Leadale anime series got its first key visual.

According to Yen Press, the In The Land of Leadale story goes something like this:

After a horrific accident put her on life support, the last vestige of freedom Keina Kagami had was in the VRMMORPG World of Leadale. When she wakes up in the body of her game avatar, though, Keina—now Cayna—finds that the worries of her old life appear to be a thing of the past, but somehow this new land doesn’t seem to be quite the Leadale she remembers…

The anime adaptation of the manga is being directed by Takeyuki Yanase (If It’s For My Daughter, I’d Even Defeat a Demon Lord), with Kazuyuki Fudeyasu (Is the order a rabbit?) in charge of scripts, with character design by Toshihide Masudate (I’m Standing On a Hundred Thousand Lives), Eri Kojima (I’m Standing On a Hundred Thousand Lives) and Kaho Deguchi (By The Grace of the Gods).

Check out the adorable In The Land of Leadale key visual above, and stick around for cast and more staff announcements coming soon.