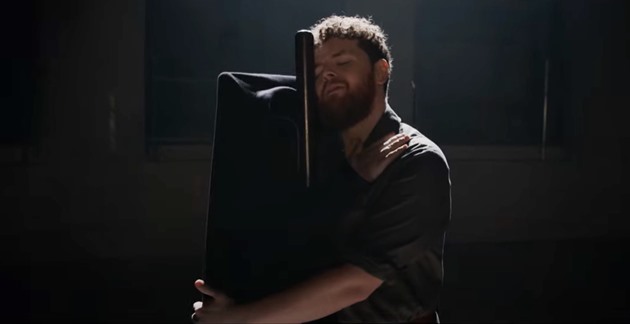 Called Love, Death and Dancing, from the first listen for me it was obvious that, unlike Garratt’s (beautifully done) debut album that seemed to have been recorded to please his record company and his fans, this one was created by and for Garratt himself.


Each song sounds massively personal and, while the songs as a whole don’t flow particularly well into each other, especially as they are arranged in a different order depending on the medium you listen to them on, I like that.

After all, nobody’s life ever flows well at every turn, so I have never understood why we expect songs about different emotions to do that either?

One of my favorite tracks on Love, Death and Dancing is ‘Old Enough‘.

Not only because the song is about being at an age where the success of love is more likely, and God knows many of us will be happy when we get there, but also because ‘Old Enough‘ comes with a music video that has utterly gorgeous choreography.

Choreography that seems to have been specifically created for our crazy age of ‘social distancing’, considering the video is Jack Garratt dancing with himself, a coat and a coat rack and creating something hugely emotional while he does.

(You will also find equally gorgeous socially distanced music videos for most of the other tracks on his album on YouTube as well.

Yep, Jack has taken stellar advantage of his lockdown time it seems!).

Listen to and watch Jack Garrett’s ‘Old Enough‘ music video and don’t miss listening to his new album Love, Death and Dancing all the way through below too.

It is an even stronger release than his first and proves Jack Garratt only gets better with age.

You can buy it, along with a whole slew of vinyl, CD, cassette, art print, clothing packages on his website.