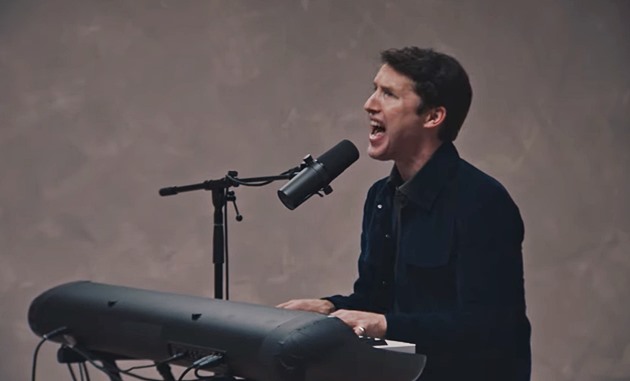 Every time I hear James Blunt singing live, I always remember how much his voice has been slagged off by so-called music critics. To such an extent, Blunt himself has joked about being “the most hated man in pop“.

Critics, I might add, who have often done not much else with their own lives except waste it giving their opinions about why certain singers shouldn’t be listened to.

Meanwhile, many of those singers, just like James Blunt, have extremely successful careers, millions of fans who love the music they create and far more money in the bank than the aforementioned critics would have if they ‘critiqued’ music for a million years.

I thought again about the criticism he receives today when I listened to Blunt’s just uploaded new music video — James Blunt’s ‘Monsters‘ live at VEVO.

A video that was recorded at VEVO in New York City at the beginning of the year, along with his previously released live version of ‘The Truth‘, right before the world went mad.

And performances, I might add, that are gorgeous in their rawness being as they are less produced than their original versions.

Because it is hard for me to understand why some people believe their opinions about the music others create are somehow valid. Or why they think, when they give those opinions, they will make singers re-think their artistic visions and change what they produce.

It is also difficult for me to watch James Blunt’s ‘Monsters‘ and ‘The Truth‘ live at VEVO and then understand how those critics could not see the beauty in them. Not see the emotion and passion behind both the writing and the performing. And not be able to smile or cry at how these songs make them feel.

Because, if there is one thing you can say about James Blunt, he is a genius at making you feel.

Both the just uploaded ‘Monsters‘ and the previously released video of ‘The Truth‘ are from Blunt’s 2019 album Once Upon a Mind. You can watch both of them below.

Both songs are guaranteed to make you smile. Or cry. Or both. Unless you’re a critic and then…