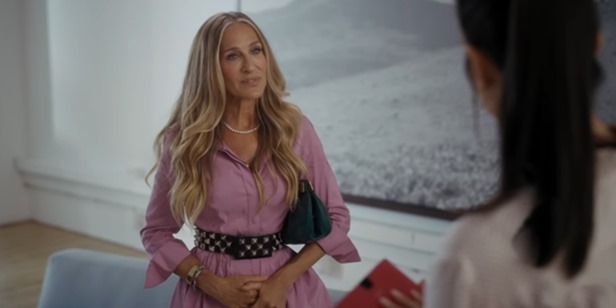 American indie singer songwriter Joy Oladokun is finishing out her fabulous 2021 the way it started, with yet more music featured on a hit TV series.

The song was played over the episode’s end credits.

Joy Oladokun’s ‘if you got a problem‘ came out on the singer’s second studio album in defense of my own happiness via Verve Forecast and Republic Records earlier this year.

The song was also released as a single, along with every other track on the 14-track album.

‘if you got a problem‘ also showed up on an episode of Good Trouble early in the year.

Listen to Joy Oladokun’s ‘if you got a problem’ in the song’s official music video, and on her recently released album. And, of course, expect her songs to show up on even more TV shows next year as they really are that good.

Especially as, when it comes to And Just Like That…, let’s face it, the only good thing about this awful awful show is the music.