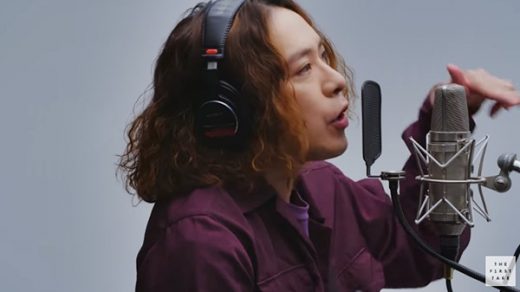 Japanese rock band KANA-BOON showed up on the Sony-run YouTube channel The First Take this week with a one-take live performance of KANA-BOON’s ‘Starmaker‘ and, yep, Fujifabric’s Daisuke Kanazawa was with them as well.

As to be expected from KANA-BOON, and the band’s crazy lead singer Maguro Taniguchi, it wasn’t only a great chance to hear the band’s My Hero Academia Season 4 opening theme song superbly performed live (because, yep, that’s the anime ‘Starmaker‘ is from), but it was also a fabulous chance to see just how funny the band is when they’re together.

Because KANA-BOON’s ‘Starmaker‘ at The First Take is not the first time the band has performed for the YouTube channel either/ But, as every one-take performance they give is always so stellar, it’s no wonder Sony keeps inviting them back, eh?

RELATED: Skirt and PUNPEE’s ‘OddTaxi‘ theme on The First Take is so damn good!

It was also one of the first times lead singer Taniguchi played the bass on a single, after KANA-BOON’s former bassist Yuuma Meshida left the band the year before due to health problems.

The official release of ‘Starmaker‘ also featured Fujifabric’s keyboardist Daisuke Kanazawa, which is why he was also invited to perform on The First Take version of the track.

Well, that and he actually wrote the song.

Watch and listen to KANA-BOON’s ‘Starmaker‘ live at The First Take in the video below. Then listen again in the credit-less version of the My Hero Academia animated opening.

But, be warned, ‘Starmaker‘ is such a catchy track you will probably be playing it for the rest of the night.