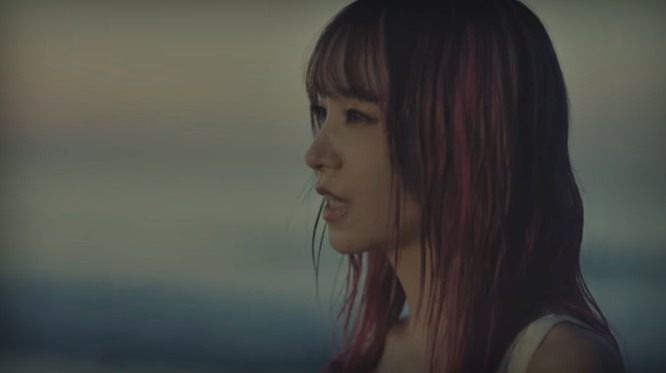 On October 19th, Japanese singer LiSA posted a tweet thanking people for the 10 million views her ‘Homura‘ music video had received in just one week since its release.


The five-minute video is for the singer’s 17th single, and was released on YouTube on October 13th.

It is dark and grainy deliberately as it was filmed during dawn and sunrise, or what photographers call the ‘Golden Hour’ — that first hour after sunrise when the light is softer and warmer.

LiSA’s ‘Homura‘ is the theme song for the just-released film Demon Slayer: Kimetsu no Yaiba the Movie: Mugen Train. A film that is massively successful in its own right, earning 4,623,117,450 yen (around US$43.85 million) in just its first three days of release. (article continues below…) 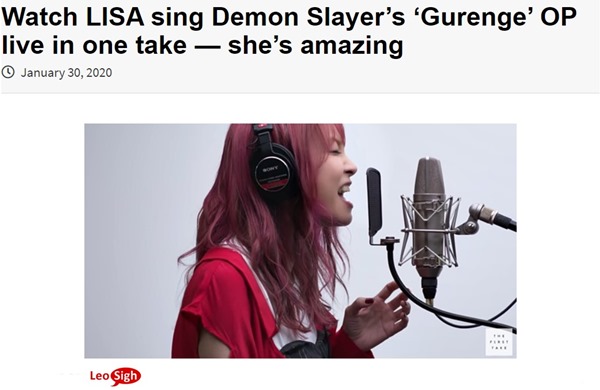 The singer also had an enormous hit with her previous Demon Slayer song — ‘Gurenge’ — the opening theme song for the Demon Slayer anime series, and one that became the third most downloaded song in the history of Oricon’s digital single ranking chart.

‘Homura‘ has also topped Oricon’s daily chart for more than a week, and the CD single of the song sold more than 68,000 units in its first week after release.

That gave LiSA her first weekly #1 single in her decade-long career.

With the success of ‘Homura‘, however, LiSA herself has also just become the first Japanese artist in seven years to hit the top of both the singles and albums chart in Japan at the same time.

In other words, yep, LiSA is currently a huge deal in the Japanese music world. Not bad for someone who got her big break in anime by providing one of the two female voices for the band Girls Dead Monster in Angel Beats!

Watch Lisa’s ‘Homura‘ music video below to see what all the fuss is about. Although, frankly, it’s not that difficult to figure out.

Her voice is massive and gorgeous, the song is beautiful and the music video itself is hazy and romantic. What’s not to like, eh?