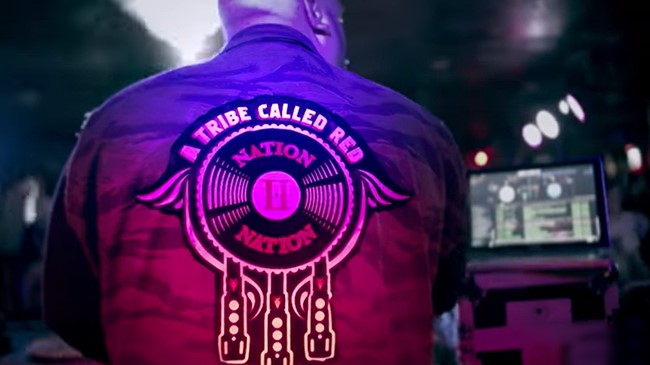 The banging song was played in episode three as Wolf starts to fight with Margot, a wolf he had a problem with more than five years ago.

The album was eventually nominated for a Polaris Prize; the second of A Tribe Called Red’s albums to be nominated for the prestigious award. (article cont. below)

Listen to MYBADD and Sam Gray ‘Sugar’ from Kipo and the Age of Wonderbeasts, Season 3

Listen to A Tribe Called Red’s ‘Sisters’ in the song’s official music video.

The video follows three gorgeous sisters as they drive around, go to a convenience store, dance at a bar and generally have fun. All to the beats of what, to this non-indigenous ear, sounds like one of the best powwow rhythms ever.

It ends with the girls at a night club dancing to the live group on stage — A Tribe Called Red, of course.

Watch the third and final season of the hit series Kipo and the Age of Wonderbeasts now streaming on Netflix and listen to that awesome song again on that.