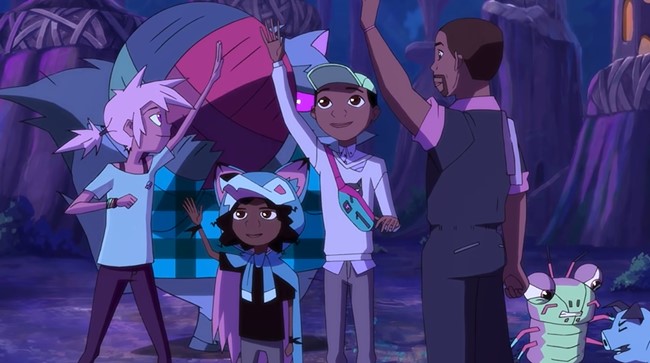 And wow, wasn’t that just the perfect song for that scene, as Song is talking to the Queen Bee in ‘bee’, and then as she and the gang realize they are going to have to dance or the Queen won’t agree to let Kipo go.

As that really is a song you can’t help but dance to, but especially when your main goal is to impress a Queen.

And hey, it definitely wasn’t the fault of ‘Sugar’ that Kipo, Lio, Song and Wolf’s dancing wasn’t quite as impressive as that superb club track.

Listen to it below in both the video and the Spotify player.

Don’t forget too, all three seasons of Kipo and the Wonderbeasts are now streaming on Netflix. You can check out the trailer for season 3 below.