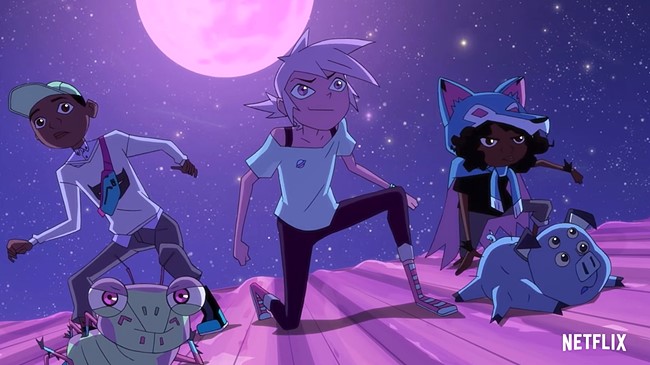 The absolutely wonderful animated comedy series Kipo and the Age of Wonderbeasts is not only one of the most beautifully designed anime I have ever seen (animation by South Korean studio Mir), it also often features some extremely surprising music choices on its soundtrack.

Take March in Arms ‘Ashes‘; a track that was played on this season of the anime series — Kipo and the Age of Wonderbeasts, Season 3, Episode 6, “It’s a Trap” — during the scene where Kipo decides to hit back after some mutes get turned back into animals.


And I say surprising music choices as March in Arms are a relatively unknown heavy metal thrash/metal band, with a sound you may think would be too hard to be able to fit into the Kipo and the Age of Wonderbeasts world.

The band themselves say they are “Thrashy military power metal from the U.S.A”.

In reality, though, the track was a perfect fit for that scene, as it musically illustrated Kipo’s anger perfectly.

Besides, Kier Lehman, the Music Supervisor of Kipo definitely has a perfectly honed sense of what works and what might just be a little off  on the show’s soundtrack. He has also proven that again and again when choosing superb music for other hit shows as diverse as Black Lighting and Insecure. (article cont. below…)

As for March in Arms’ ‘Ashes‘, the song is from the band’s self-titled 2018 studio album, which you can currently pick up on Bandcamp.  It is also their first featured piece on a hit TV/streaming series, and one that is well-deserved.

Listen to March in Arms’ ‘Ashes‘ from Kipo and the Age of Wonderbeasts in the band’s official music video.

And yes, it has a military theme to it as the band says the dedication and sacrifice of service members and their families “were the driving force behind the creation of the video”.

The third and final season of Kipo and the Age of Wonderbeasts (and the first two!) is currently streaming on Netflix.