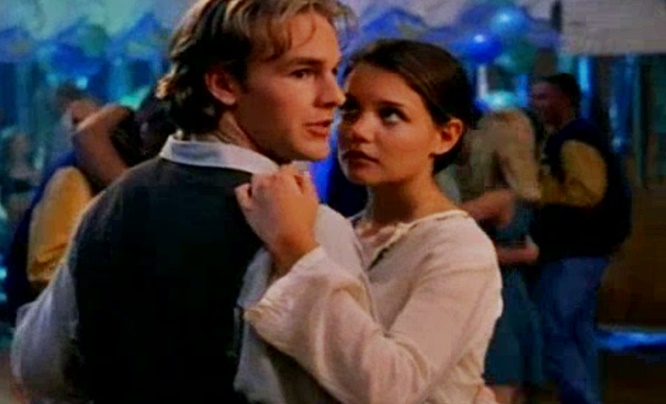 If you were a teenager in the 1990s, there is a good chance you will remember the amazing folk-rock singer songwriter Abra Moore — she of the hits ‘Four Leaf Clover‘ and ‘Trip On Love‘.

Because Abra Moore didn’t just release the most phenomenally catchy songs, she also acted in the quirky indie comedy-drama Slacker.  A performance that was wonderfully funny, and songs she continued to release right through until 2007, when the Hawaii native suddenly stopped releasing new music.


This week, though, we can revisit one of Abra Moore’s most beautiful releases as that song — Abra Moore’s ‘Happiness’, which was played on the Dawson’s Creek soundtrack back in 1998, is about to start gaining new fans.

Considering Dawson’s Creek has finally been released on Netflix today.

The gorgeously dreamy ballad begins playing at the dance during the scene where Dawson and Joey hit the dance floor, but a surprise slow dance suddenly starts, and they are forced to dance in each other’s arms.

The song continues playing as Pacey is watching his English teacher Tamara Jacobs, who he recently kissed, but she avoids his gaze. (article continues below…)

Abra Moore’s ‘Happiness‘ is from her critically-acclaimed sophomore studio album Strangest Places. An album that spawned several singles, with one — ‘Four Leaf Clover’ — eventually being nominated for a Grammy Award.

Listen to Abra Moore’s ‘Happiness’ as featured on Dawson’s Creek in the video below, and then hope the renewed interest in her music may persuade this incredibly talented singer to produce more.

You can also hear Moore’s full album Strangest Places, where the song originated, in full in the Spotify player.