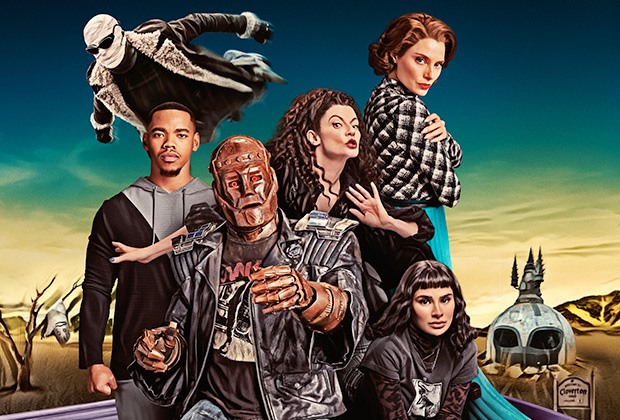 The latest episode of the DC Comics superhero series Doom Patrol featured some darned good music on its soundtrack, including AC/DC’s ‘Problem Child‘, which was played on Doom Patrol, Season 4, Episode 4, “Casey Patrol” this week during the fight scene.

AC/DC’s ‘Problem Child‘ came out in 1976 on the Aussie rock band’s third studio album Dirty Deeds Done Dirt Cheap, which was released on the Atlantic and Albert record labels.


The album spawned two singles — the title track and ‘Jailbreak‘ — and went on to chart on album charts in just two countries — Australia at #5 and Sweden at #50. It was eventually certified 6 x Platinum in Australia.

‘Problem Child‘ was played live in AC/DC concerts after its release, with the now-late lead singer Bon Scott often jokingly insisting the song had been written about band founder Angus Young.

Staunch AC/DC fans though will also know Young dressed up as a school boy during concerts several times, which may also be why Scott continued to tell his joke.

‘Problem Child‘ was written by brothers Malcolm and Angus Young along with Bon Scott.

Listen to AC/DC’s ‘Problem Child‘ as heard on the newest episode of Doom Patrol in the video, and on the band’s Dirty Deeds Done Dirt Cheap album, and enjoy those incredible vocals and cool drums.

You can currently watch Season 4 of Doom Patrol on HBO Max.

RELATED: Beth Ditto’s fabulous ‘We Could Run‘ was the song playing on Doom Patrol, Season 4, Ep. 4 as Casey and Dorothy drive off