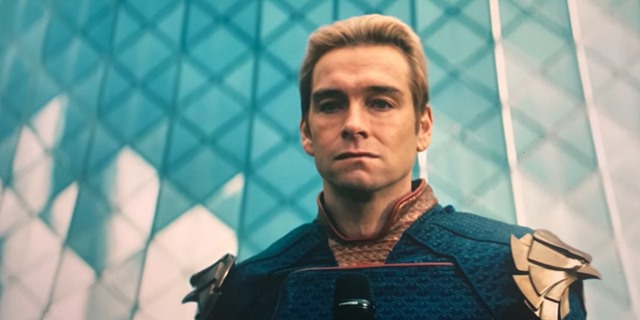 American rock band Aerosmith’s ‘Dream On‘ was featured on The Boys this week — The Boys, Season 2, Episode 5, “We Gotta Go Now”.

The iconic track was played during the last scene between Homelander and Stormfront.


Aerosmith’s ‘Dream On‘ was first released on the band’s self-titled debut album way back in 1973.

The track hit Billboard’s Hot 100 Chart peaking at #59. It also made it back on the same chart three years later after the song was re-issued with some changes, but this time at #6.

Since its 1970s releases, ‘Dream On‘ has shown up on just about every Aerosmith compilation album, which tells you something about the song’s popularity with fans.

Listen to Dead Tired’s ‘Punks at the Gym’ from The Boys, Season 2, Episode 5, “We Gotta Go Now”

The track has also been popular with TV show Music Supervisors, making it onto shows like Ray Donovan, The Blacklist, Cold Case, Bull, Battle of the Sexes and even The Voice.

Listen to Aerosmith’s ‘Dream On‘ as featured on The Boys in the song’s official music video. No, the vocals are not ‘clean’, because it was recorded live, but they are pretty damn cool.

If you want the cleaner, crisper version, that is on the band’s debut album in the Spotify player below.  Me? I prefer lead singer Steven Tyler’s emotion when he performs ‘Dream On‘ live.