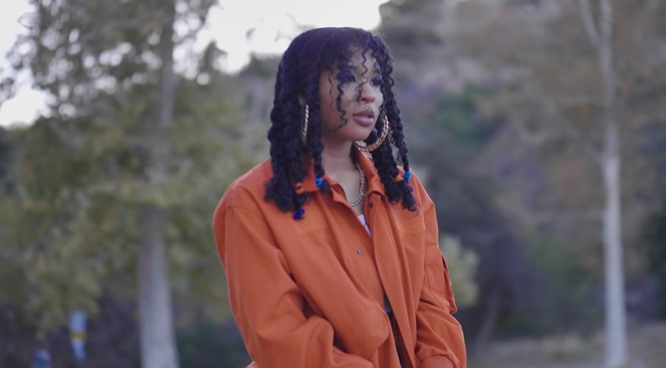 17-year-old Nigerian, Australian, Singaporean singer songwriter Ai Bendr’s ‘Love Me Low‘ was one of the fabulous songs featured on the recent episode of HBO’s hit show Euphoria this week — Euphoria, the Season 1 Special.

The sadly sweet track was heard at the end of the episode as Jules (Hunter Schafer) is at home, and as Rue (Zendaya) arrives.


Ai Bendr’s ‘Love Me Low‘ is a gorgeous, mellow song with a lovely melody and a soft, slow beat, but it is Ai Bendr’s rich and smoky vocals that make this track such a luscious piece of work.

It is also one of a slew of songs Bendr has apparently written, as she spent years working on her craft while away at boarding school or locked away in her room.

Now, just graduated from high school, she has already made a big splash in the music world with the appearance of ‘Love Me Low‘ on Euphoria. (continue reading about Ai Bendr and her ‘Love Me Low‘ below…)

According to a just-published interview in Nylon, Bendr explains the inspiration behind ‘Love Me Low‘ being about a relationship she was in as her high school experience was drawing to a close, and she realized she wouldn’t see all those people at boarding school again:

“In the moment it was February, so it was before COVID shut down everything. I was thinking about when I would be graduating in just a few months. And I was thinking about him, and I was like, “Whoa, I really love this person so much, and I just want to be with him so much. But I can’t. In the future, I’m going to have to break up with him because I won’t be able to see him.”

Listen to Ai Bendr’s gorgeous ‘Love Me Low‘ from the soundtrack of Euphoria in the song’s official music video. A video that is as beautiful as that addictive song.